I`m writing this and in the same time I`m watching Bayern Munchen vs. RB Leipzig and Wales vs. Italy. I missed today all the important games.
I recognize when M. is excited cause he`s talking a lot about something he likes although it doesn`t bring him any good. He seems a naïve preacher. Today he was talking about the Fijian team and how great they are. They are great indeed. I like the most during our trainings the “Fijian attack” part. I`d play that till exhaustion. It refers to some ideas that we`d like to master. It`s about a very dynamic game, very spectacular and most importantly: very few physical contacts. So less injuries. I remember during the 2018 Warsaw Rugby Festival that our team had the second effective attack because of this. We felt good and enjoyed better the after game.
It seems that during this pandemic we missed so many anniversaries that had to be celebrated after the trainings, that we`d have to drink like 35-40 beers each. We could think better of some “training camp” since we`re the wrong guys to do this one time.
In regard to trainings and future plans: everything got cancelled. We stopped meeting and some of us even experienced the pandemic at its worst. It was a matter of time. I was thinking at some point how could we get back faster to playing rugby: either support the government`s policies, be more responsible and keep the infection rates under control or do the other way around, accelerate things up and get over this. I do not want to get into politics but it is awkward watching New Zealand`s home games.
In other news, old F. thinks he`s a great footballer. M. disagrees this king of play and he`s not alone. Kicking in a rugby game gets boring and dangerous. I feel he has thrown down the gauntlet and therefore I plan for 2021 to get kicking out of his head. It`s all he knows. He thinks he`s Hagi but at Arlechinii we play like Maradona.
In the meantime Thomas Muller has scored for 2 – 1. Leipzig was leading when I started to write this.
And now, guess what! 2 -2!
Thomas Muller has invented and seems to be the only practitioner of the “raumdeuter” concept. He interprets space and creates opportunities for his team. It is interesting how he manipulates his adversaries in order to create future space where the ball can be sent to meet a colleague of his. Somehow this is the direction in which the most efficient plays of our game evolve so that the game gets more dynamic, spectacular and less physical contacts. …
I the meantime we got into 2021. The last team event was a funny online meeting. The host made it funny but, I guess, sometimes we laughed silly just because we were together.
Given the recent experiences, I wish for the lads to be as healthy as we could play (some) rugby.
And you, if in 2020 you found some excuses to practice less sport (if any), this year you got a new chance. In fact you do not have to wait for 1 st of January. You can do it now among us. Leave us a message. We will call you =))

How it is going
Shaping the future 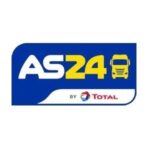