We are an amateur rugby club, established in Bucharest in 2011. Then, the idea was born. From an idea to what we are now, it took a lot of work and passion. We practice this sport for pleasure.

This club is a social rugby club, an after work rugby, a club where we encourage diversity, regardless of age, gender, social status or other possible differentiations.

We believe in the idea of ​​volunteering, without expecting a financial or other reward for involvement in club activities.

Participation in trainings is and will remain optional but participation in friendly matches or in future tournaments will be made depending on the presence and involvement of each of us during the training.

Rugby Club Arlechinii Bucuresti is a team of AMATORS. Beginners always have priority, and those who have played rugby in the past must understand this and adapt. The players cannot be members of the club or whose other clubs affiliations has not expired for at least four years.

We are a single team; personal pride and frustration are not well received within the group, those who do not understand this will be excluded, as well as those who create or encourage small groups within the team

Payment of the monthly contribution is mandatory, regardless of the number of trainings we participate in that month. The money will be used only for the benefit of the club, not for personal purposes. Each member has access to the list of payment of contributions and to the statements of account. Everything is transparent.

Accidents or injuries of any kind (including death) resulting from participating in trainings or matches within the framework organized by the Arlechinii Bucharest club, are risks assumed by each member by signing up to this club, the club not being liable for any damages due to this fact.

The exercises from which the training sessions are composed are conducted by members appointed by the association within the club or outside it, the members that we must respect and listen to in order not to fragment the training unnecessarily. The exercises are compulsory for everyone who participates in the training.

We treat teammates with respect, we try to get away with training to increase our level of play and understanding of this sport.

During trainings / matches we must have a sense of humor, think positive and try to pass on to the training team / partners positive energy.

We control our emotions regardless of the situation, it is forbidden to offend teammates, opponents, referees or spectators.

Whether we lose or win, we always respect the opponent, recognize and applaud the value, including within our team.

We permanently promote the values ​​of amateur and social rugby, as well as rugby in general: honor, dignity, respect, teamwork, discipline, fairness, the joy of playing.

We are proud that we are part of the Arlechinii Bucharest team, we carry with dignity the equipment and colors of the club, we involve ourselves in the actions organized by the club or in which the club is a partner, we come with great pleasure at training, matches or tournaments, we talk with respect about our team and we try to convey our message to others.

It all started with my burning desire to play rugby, a sport whose values ​​I greatly appreciate

I had the first contact with the oval balloon in high school, when I took the "microbe". This microbe has become stronger with time, but unfortunately I couldn't practice it as sport. It was a long time, where I now look melancholy, trying not to miss any rugby match on TV. I had become a fan of the French championship broadcasted by Eurosport2 and the program "Rugby Day" from TV5.

One day I decided that it was time to do something with this passion but time did not allow me to constantly go to a team practice. On the website of the Romanian Rugby Federation I saw that a beginner rugby instructor course is being organized. I applied immediately and the next day I was in the FRR conference room listening with great interest everything that was presented. That was when I realized that amateur rugby is practically non-existent in Bucharest. I had discovered niche, the only thing I did after the course was to channel my energy towards promoting the idea and forming a group of people with the same desire: to play rugby just for the pleasure of the game, during leisure time.

I posted an ad on the internet, I went again to FRR to ask for support, tags and balloons, and one day in November 2011, on a more precise Friday, the first meeting was held at the athletics stadium.

All that followed was like a dream coming true. Every time more and more people came. Not even the winter that had settled with snow and cold did not stop us. Every Sunday I came to the field with the huge desire to play rugby, and the rest of the days we were thinking how to pass the time faster, Sunday to come again J.

Like any beginning, it was not easy. Over time we played on the grass of the Athletics Federation, often avoiding the spears or discs thrown by the athletes, we played on the football pitch on Leu's house, then on the rugby pitch in the Tei sports complex. After that period of "persecution" we found support at the Romanian Rugby Federation and Dinamo Club, where we are still training, to whom we thank very much.

Our trainings have become more and more interactive, more complex. The desire to learn to play rugby has given us control and after each training we also made a '3rd round' at a beer where we discussed how it was, what can be done to increase the fun in the group. Also during the 3rd round, we also chose the name of the group, Arlechinii Bucuresti, but we also decided to move on to the next level of organization, establishing a sports association.

The name I think represents us perfectly, conveys a funny message that comes from the contrast of our activity, the practice of rugby and the idea of ​​harlequin - someone who makes you smile. It's practically our image: we play rugby with a smile on our faces.

Meanwhile we have welded the relationships within the group, we have become all good friends that we can rely, on both, on and off the pitch. We have developed the social part of the activity, getting to know new people who share the same passion, we often go out together and talk proudly about our activity.

Our goal is to participate in as many tournaments abroad, where real amateur rugby festivals are organized, with teams from all over the world and where the fun and the good will meet with the rugby game. We made the first exit from the country to Flanders. There we discovered what an amateur rugby tournament means. It happened in 2014. There were outbreaks of the country about every year. Besides Flanders we also went through Dublin, Sofia, Ibiza and Warsaw. Things didn't stop there. We received visits from teams from many corners of the world, organized the first Rugby 10's championship for amateurs in Romania, participated in the Balkan Cup where we also organized two stages, organized rugby touch tournaments.

We hope to attract as many passionate people as we, beginners, people who appreciate the values ​​of this sport and who want to enjoy it. Here is the beauty of the group, we do not force anyone to participate in training, there is no presence, everyone has come and continues "have fun", learn and play rugby. Knowledge level or rugby practice is not a selection criteria, on the contrary, those who have never played before have priority. Very important is and was the human quality of those who want to be part of our group, the years of rugby in the past do not interest us. We are and function as a real team and so we will remain, we are very proud of it and we try to stay united in the future.

Do you want to become Arlechin?

If you are interested in sports and you do not have time to practice it on a professional level, if you want in your free time, as we say "after work", work your physical condition and mix this with the third half a beer with the boys and last but not least, if you are passionate about oval ball sport, we are waiting for you in our After Work Rugby Club. You can contact us through the website, on Facebook or on Twitter.

Then come and meet us at trainings.

How can you support us:

Send the form at Directia Finantelor Publice of the place you live (according to your ID) or we can help you with that.

2. Companies can also sponsor, according to the new Tax Code, into placefrom January 1, 2016, with amounts within the limit of 5 thousand of the turnover (limit increased from 3 thousand according to the old tax code), but not more than 20 percent of the income tax due. Source: avocatnet.ro.

How to find us 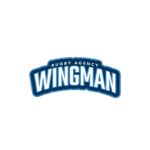